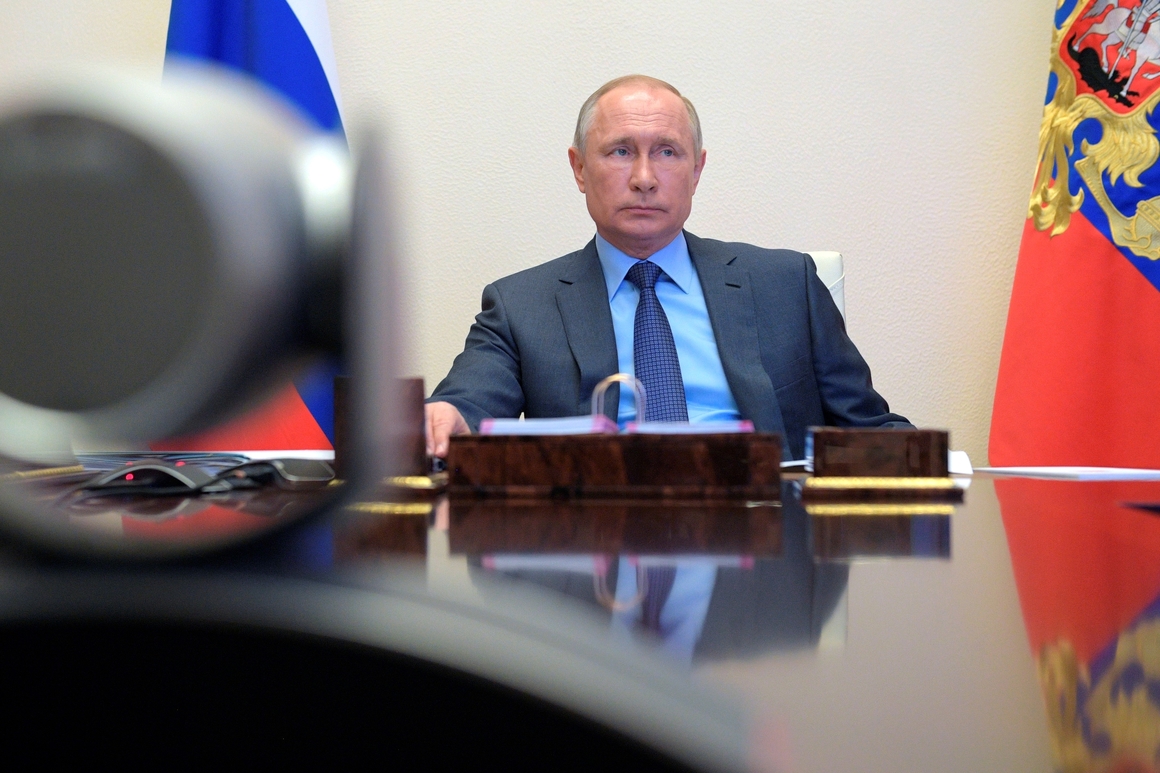 “The original sanctions legislation … was tremendously effective at thwarting the completion of the Nord Stream 2 pipeline,” Democratic Senator Jeanne Shaheen said in a statement. “We must now continue that effort and ensure that Russia does not surreptitiously extend its malign influence throughout Europe.”

The announcement comes on the heels of a Monday article in Russian outlet RBC saying that the pipe-laying ship most likely to resume construction on Nord Stream 2, Akademik Cherskiy, was removed from the Gazprom fleet’s official website. It is now listed in Russia’s ship registration database as belonging to the Samara Thermal Energy Property Fund — a private joint venture between two regional Gazprom subsidiaries handling real estate, RBC reported.

Gazprom Flot’s apparent divestment of the ship is seen as an attempt to shield itself from sanctions.

“Putin continues to try to circumvent those sanctions, and so this new bill will once and for all clarify that those involved in any way with installing pipeline for the project will face crippling and immediate American sanctions,” Senator Ted Cruz, a Texas Republican, added in the statement, which denounced the project as “Putin’s pipeline.”

The two-string 1,240 kilometer-long pipeline — meant to double the amount of gas shipped from Russia to Germany under the Baltic Sea to 110 billion cubic meters per year — has two parallel sections of pipe, each about 75 kilometers long, left to be laid in Danish and German waters.

The project is fiercely opposed by the U.S., Poland, Ukraine and the Baltic countries, which see it as an instrument of Russian geopolitical influence over its former empire. The Commission is also worried about the pipeline’s impact on the EU’s energy security. The German government has taken a hands-off approach, calling it a business project — although Germany’s energy regulator recently denied Nord Stream 2 a temporary waiver from new EU gas rules for pipelines coming from outside the bloc.

Josep Borrell, the EU’s high representative for foreign affairs and security policy, warned last year: “The EU does not recognise the extraterritorial application of U.S. sanctions, which it considers to be contrary to international law.”

A question submitted March 23 by French MEP Emmanuel Maurel asking the Commission what it intends to do to protect European companies involved in the project has so far gone unanswered.

When Allseas abandoned the project, Russian President Vladimir Putin vowed in January that his country could finish the job alone by year’s end.

Akademik Cherskiy sailed from the Sea of Japan to the Baltic, arriving in May. By mid-May, aerial photos showed sections of pipe being moved at the Nord Stream 2 logistics base off the German port of Mukran.

Debate has raged over whether the Cherskiy is technically or even legally able to complete the project under the terms of Nord Stream 2’s construction permit from the Danish Energy Agency.

Ture Falbe-Hansen, an agency spokesperson, said that despite the pipe-laying halt in December, the project permit is still valid.

“Prior to the recommencement of the pipe-laying work, the Nord Stream 2 AG company has to inform us and send an updated plan,” Hansen said. Once that happens, “we will assess whether the plan is in accordance with the permit and the environmental assessment.”

Hansen said as of Thursday Nord Stream 2 had not sent his agency any updated plans.

The permit conditions also assume that pipe will be laid by a vessel equipped with dynamic positioning — a motorized system allowing a ship to change direction more nimbly and precisely than the old-school way of using anchors to do multi-point turns. That’s a worry in the Baltic due to World War II-era unexploded munitions in certain areas of the sea floor — though Nord Stream 2 says remaining construction is far from these trouble spots.

Mateusz Kubiak, oil and gas analyst for Warsaw-based energy consultancy Esperis, noted that the Russian government had put out a tender in March for parts to restore dynamic positioning to the Cherskiy. He said the ship has likely been undergoing repairs and upgrades.

Kubiak said he anticipated the final pipe-laying could take three to four months.

Whether the new American bill can pass both chambers of Congress before construction wraps is another story.

“The Americans have a few months more to get it passed, hurt Nord Stream 2 and potentially stop the project,” Kubiak said.

But even if construction is completed, that doesn’t mean Gazprom can let gas flow.

A crucial requirement of the Danish permit — a post-completion certificate of compliance with applicable standards — is in the direct line of fire of the proposed U.S. sanctions.

The Danish permit specifically lists Norwegian classification company Det Norske Veritas (DNV-GL) as the independent third-party verifier tasked with inspecting the pipeline and certifying compliance — but it could be covered by U.S. sanctions.

“If that company is forced to step aside it would be a big problem,” Kubiak said. Even if a Russian company could theoretically verify such compliance, Kubiak added, “and I don’t think it’s likely, I would doubt they could be perceived as an independent third-party verifier.”

Gazprom Flot could also still be hit for its recent transfer of the Cherskiy.

But it may not be enough to stop the pipeline. Gazprom began moving the Cherskiy toward Europe in February, with full knowledge of the U.S. sanctions.

“I think they are still ready to bear that risk of having Gazprom Flot hit by sanctions, because that company has already been under U.S. sanctions since 2016” imposed in response to the annexation of Crimea and use of force in Ukraine, Kubiak said. The 2016 sanctions, however, are less severe.

“I think they already calculated and said, ‘Okay, Gazprom Flot will be hit by sanctions, but it’s our only option,’” he said.

If Washington passes the legislation— or actually imposes the December sanctions against the main Gazprom entity, which it has so far refrained from doing — that would put huge pressure on the EU to respond given the company supplies some 40 percent of Europe’s natural gas.

“We should remember that in energy there is mutual dependency,” Borrell said last month at Germany’s annual ambassadors’ conference. “We need a smart balance between firmness and sanctions with Russia with a careful attempt at engagement in selective areas.”

This article is part of POLITICO’s premium policy service: Pro Energy and Climate. From climate change, emissions targets, alternative fuels and more, our specialized journalists keep you on top of the topics driving the Energy and Climate policy agenda. Email [email protected] for a complimentary trial.

First I made borscht. I yanked the skin off chicken drumsticks. I hovered over the pot like an anxious parent

How Zuckerberg Has Undermined Trust In The Facebook Brand

Mexico’s President Has Covid. Will It Make Him Take the Disease More Seriously?