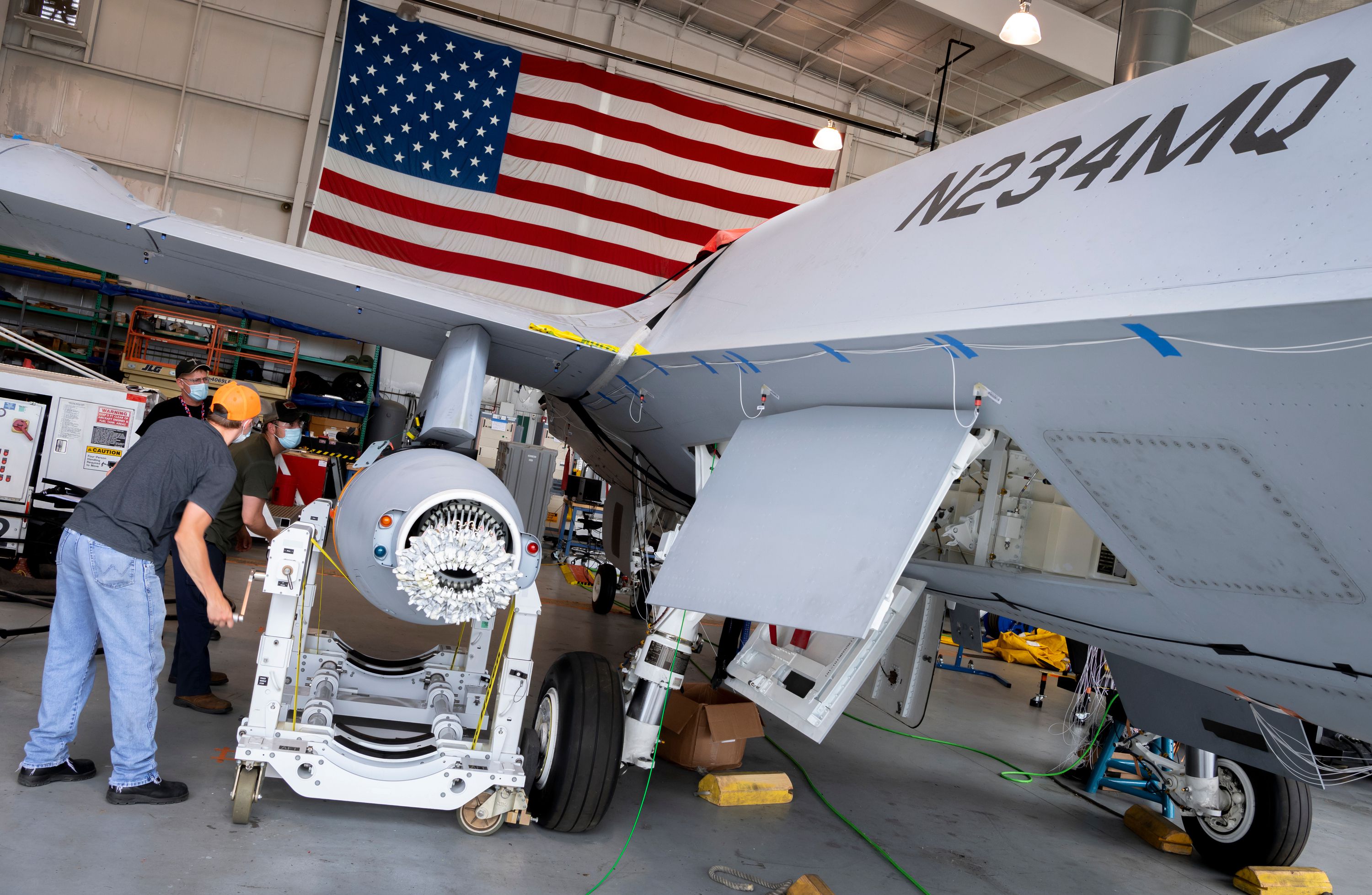 WASHINGTON — The U.S. Navy’s aircraft carrier-borne tanker drone, the MQ-25 Stingray, is preparing to head into the fall resuming test flights, this time with the crucial fuel store pod attached.

“When we resume flight testing later this year, we’ll have the opportunity to gather test points about the aerodynamics of that pod and the software commands that control it — all happening well before we deliver the Navy’s first MQ-25 jet with the same pod,” MQ-25 program director Dave Bujold said in a statement from the aircraft’s manufacturer, Boeing.

“That early testing and early software development is a big part of supporting the Navy’s goal to get MQ-25 to the fleet as quickly as possible,” he added.

The engineers will primarily observe the aerodynamics of the pod mounted on the Stingray test article, then seeing how the hose and drogue behave while being dragged behind the airframe.

In June, Defense News reported that the MQ-25 could face a three-year testing delay if it doesn’t get its designated test ships through the required modernizations on time, a possibility the Navy said was remote.

Two carriers — Carl Vinson and George H.W. Bush — have limited windows to complete the installation of unmanned aircraft control stations, and if operational commitments intervene, the program could experience significant problems, according to Navy officials and a government watchdog report.

“Program officials stated that, among other things, the Navy’s potential inability to maintain its schedule commitments could require modifications to the contract that would impact the fixed-price terms,” the Government Accountability Office reported. “Specifically, the Navy faces limited flexibility to install MQ-25 control centers on aircraft carriers.

“If the Navy misses any of its planned installation windows, the program would have to extend MQ-25 development testing by up to 3 years. According to officials, such a delay could necessitate a delay to initial capability and result in a cost increase.”

Navy officials say a three-year delay is “extremely unlikely”; however, the Navy has struggled in recent years to balance its modernization schedules with operational commitments, a problem that its “Optimized Fleet Response Plan” deployment rotation scheme was supposed to address. Ultimately, a delay would further push back the Navy’s ability to extend its carrier air wing’s range through unmanned tanking, critical to keeping the service’s powerful strike arm relevant against long-range guided munitions.

Brew Your Own, Brew It Right – Hygiene and Sanitation

Home brewing can be so easy if you know how to do it, but on the other hand there are

How to Overcome Ergonomic Issues With Laptops

Forgotten on the presidential campaign: schools in crisis.