HOW K STREET SEES THE SENATE REPUBLICAN BILL: Several Washington trade groups hailed Senate Republicans’ long-awaited coronavirus relief package following its debut on Monday afternoon, even as they pledged to continue lobbying to get more of their priorities into the bill. “The Senate package really addresses most of the critical issues that confront our economy and the business community,” Neil Bradley, the U.S. Chamber of Commerce’s chief policy officer, said in an interview.

— Bradley cited the package’s provisions making it harder for those sickened by coronavirus to sue businesses and other institutions over it as well as more funding for the Paycheck Protection Program and a beefed-up employee retention tax credit as wins for the Chamber. The trade group will lobby to get relief funding for state and local governments — a top priority for Democrats that’s missing from Senate Republicans’ proposal — into the final package, he said.

— The push to include liability limits in the bill has drawn widespread support on K Street, with dozens of trade groups signing onto a May letter in support of them. The American Association for Justice, on the other hand, a trade group representing trial lawyers, has been fighting the proposal and decried it again on Monday. “Senator McConnell is seeking to remove the only measure of accountability that remains to encourage businesses to act reasonably,” Linda Lipsen, the trade group’s chief executive, said in a statement. “It’s the exact opposite of what Congress should be doing.”

— Senate Republicans’ package would let businesses apply for second PPP loans, as well as “separate low-interest loans that could be paid back over 20 years, to provide working capital and refinance existing debt,” POLITICO’s Zachary Warmbrodt reports. But trade groups are pushing back on restrictions that Sen. Marco Rubio (R-Fla.), the Senate Small Business Committee’s chair, wants to impose on the loans. “He would set new curbs on businesses that can apply for second loans, limiting them to firms that have 300 employees or fewer, down from the program’s original 500-employee cap, and that show a 50 percent revenue decline from last year.”

— The National Restaurant Association and the International Franchise Association “said the revenue-loss test was too high and that they would lobby Congress to lower it substantially. Critics said the restriction would leave too many struggling yet viable employers on the sidelines while putting too much emphasis on businesses on the brink of failure. ‘The mechanism that they’re using misses tens of thousands of restaurants in this country who are trying to determine whether to stay open for another month or to stay open through the fall based on what Congress is going to do,’ said Sean Kennedy, executive vice president of public affairs at the National Restaurant Association.”

— There are other wins for trade groups tucked into the package. It includes a provision authored by Sen. Tim Scott (R-S.C.) that would make business meals entirely tax-deductible. That provision was hailed by the hotel industry, along with the liability provisions and additional PPP funding. “We were pleased to see a number of provisions that we’ve been actively lobbying on included in the bill,” Brian Crawford, the American Hotel & Lodging Association’s top lobbyist, said in an interview.

— Airports Council International — North America asked Congress earlier this month for $13 billion to help shore up airports’ finances. Senate Republicans included $10 billion for airports in the package, which the trade group hailed as a victory. “The additional $10 billion in emergency relief put forward today has bipartisan support and would help airports offset some of the financial strains put on the industry as they face increased costs to limit the spread of COVID-19 and to meet their substantial debt obligations,” Kevin Burke, the trade group’s president and chief executive, said in a statement.

— The package also includes language making PPP loans available to destination marketing organizations — think Visit California or Choose Chicago — with 300 or fewer employees — a victory for the U.S. Travel Association, which had lobbied for the provision for months. “Without this lifeline, I think we were expecting a lot of the destination marketing organizations to do further furloughs and further layoffs,” Tori Barnes, the trade group’s top lobbyist, said in an interview.

— And the package allows schools to spend some of the $105 billion set aside to aid their reopening to buy “supplies to sanitize, clean and disinfect” their facilities. That’s a win for the Consumer Brands Association, which represents companies that make cleaning supplies such as Clorox and Procter & Gamble. “We’re happy to see the inclusion of money for cleaning supplies and disinfectants in the Senate proposal,” Spencer Pederson, the trade group’s vice president of federal affairs, said in an interview.

CAMPAIGN LEGAL CENTER SUES TRUMP CAMPAIGN: “President Trump’s re-election effort is alleged to have paid more than $170 million to companies affiliated with former campaign manager Brad Parscale without disclosing the ultimate recipients of the money, a campaign-finance oversight group says in a new complaint,” The Wall Street Journal’s Julie Bykowicz reports. “The Campaign Legal Center says in the complaint filed Tuesday with the Federal Election Commission that other records show the campaign has used an external firm to buy TV and radio advertising, but that company isn’t named in disclosure filings, nor were some other vendors that have been publicly connected to the campaign.”

— “The Washington oversight group — which has sued Republicans and Democrats in the past over disclosure issues — said that violates the Federal Election Campaign Act requirement that campaigns clearly document their vendors. … The Trump campaign said the complaint was without merit. ‘The campaign complies with all campaign finance laws and FEC regulations,’ spokesman Tim Murtaugh said.”

TELL YOUR CLIENTS: “The Democratic National Convention next month in Milwaukee will be mostly virtual, and for the extremely small number of people who attend — about 300 — it will require daily tests for the coronavirus,” The New York Times’ Shane Goldmacher reports. “But that isn’t stopping [Joe] Biden’s campaign from asking donors to contribute big bucks. In a private briefing last week for some of the Biden campaign’s top bundlers of campaign contributions, donors were pitched on the various offerings for top contributors to the convention.”

— “The Biden campaign laid out three tiers: ‘Senatorial’ for those who gave at least $50,000 or raised $100,000 from others; ‘Vice Presidential’ for those who contributed $100,000 or raised $250,000; and ‘Presidential’ for $250,000 givers and $500,000 raisers. Each tier comes with its own set of goodies and exclusive access, with all levels receiving ‘afternoon briefings’ and other ‘daytime content,’ as well as access to a ‘post-gavel celebration.’ But it will take a quarter-million dollars or more for a “premium convention welcome kit” as well as the “taste of the trail” package, though it is not clear exactly what those contain.”

KODAK SECURES FEDERAL LOAN TO MAKE DRUG INGREDIENTS: “Eastman Kodak Co. has won a $765 million government loan under the Defense Production Act, the first of its kind,” The Wall Street Journal’s Rachael Levy reports. “The purpose: to help expedite domestic production of drugs that can treat a variety of medical conditions and loosen the U.S. reliance on foreign sources.”

— “The onetime leader in photography sales is gearing up to produce ingredients for generic drugs, including the antimalarial drug hydroxychloroquine that President Trump has touted in the treatment of coronavirus. Meanwhile, the U.S. is aiming to shift from relying on countries such as China and India, Kodak Chief Executive Jim Continenza and U.S. officials said. The loan is from the U.S. International Development Finance Corporation, a government agency akin to a bank, the officials said. The loan is the first of its kind under the Defense Production Act, which the Trump administration has previously invoked to speed the production of Covid-19 related supplies such as ventilators.” 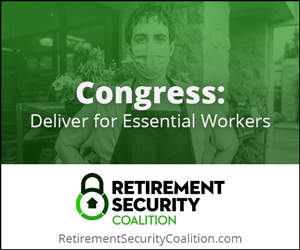 HOW THIS TOWN REALLY WORKS: The New York Times reported last week that Ashley Hinson, a Republican running against Rep. Abby Finkenauer (D-Iowa) in a swing district, had plagiarized 91 words from a March 11 story in The Times on her campaign website. Hinson, a state representative and self-described “recovering journalist,” blamed the mistake on one of her consulting firms in an interview with a local TV station. Her campaign is no longer working with the firm, FP1 Strategies, and the staffer responsible has been fired, she said. Two people with knowledge of the matter confirmed to POLITICO’s Daniel Lippman that the staffer had been fired.

— “We hold ourselves to the highest levels of integrity in our professionalism and work product, and fell short in this instance,” the firm said in a statement. “Despite there being no malicious intent, just an honest mistake on the part of a member of our team, the firm’s partners assume responsibility and have taken corrective action to ensure it does not take place again.”

IF YOU MISSED IT ON MONDAY: A White House meeting with top pharmaceutical executives set to be held today was scrapped after major trade groups refused to send any members, according to three people familiar with the matter, POLITICO’s Sarah Owermohle reports. Drugmakers and President Donald Trump “were slated to discuss an executive order, signed Friday but not yet released, that would order health officials to release a plan linking Medicare payments for certain medicines to lower costs paid abroad. The provision, known as a most-favored-nations rule, has been lambasted by the drug industry and some patient groups that say it would curb innovation and reduce drug access.”

— Verizon has hired Jennifer Chronis to head up its federal business team. She was previously general manager for Amazon Web Services, where she was responsible for its business with the Pentagon.

— Hyundai has hired Robert Hood as vice president of government affairs, based in Washington. He was previously the Defense Department’s assistant secretary for legislative affairs.

How Does the Skymsen Liquidizer Benefit the Hospitality Industry?

The hospitality industry is a busy industry. They have to cater at all times of the day from breakfast right