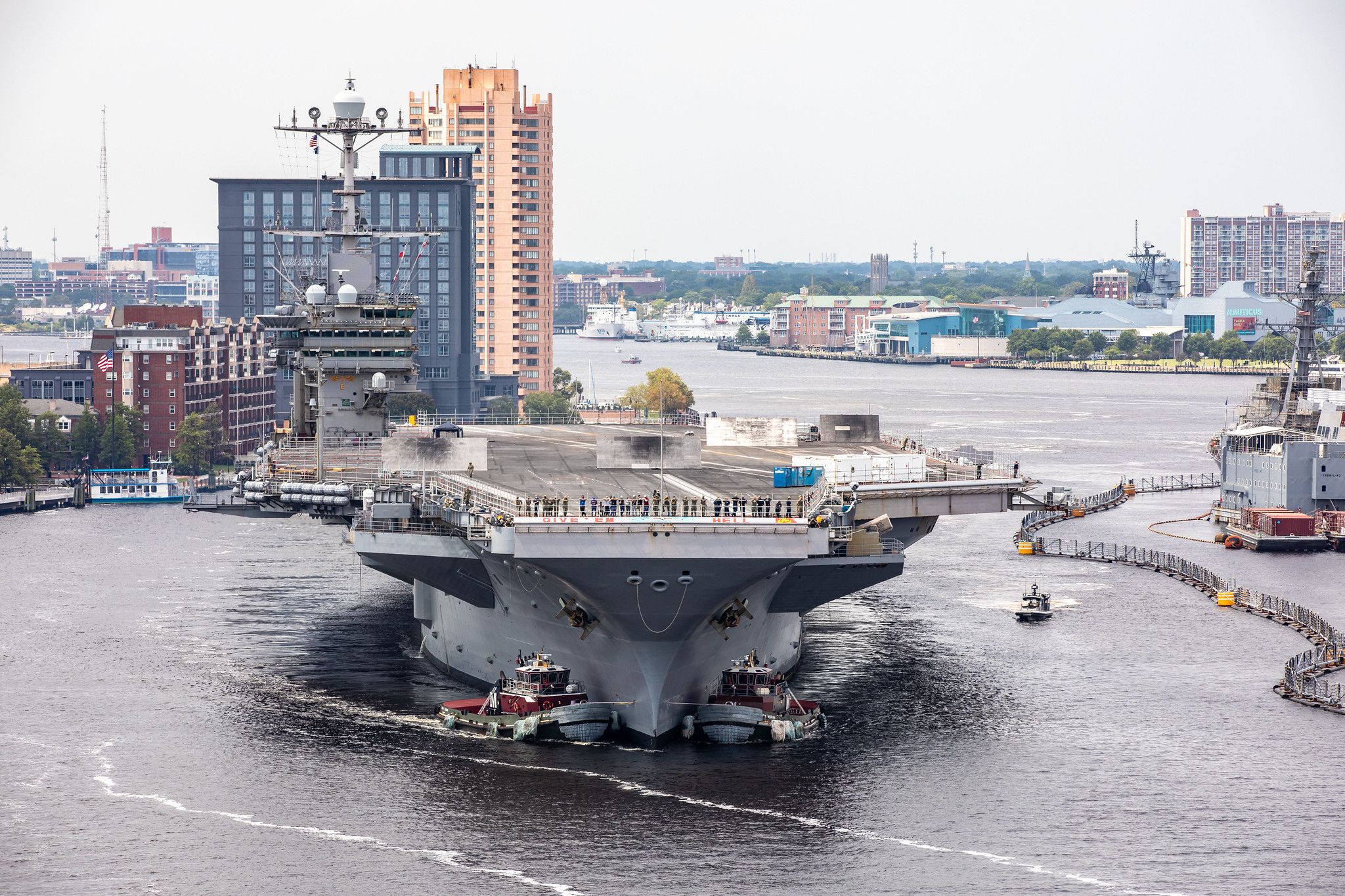 WASHINGTON – The head of the U.S. Navy’s East Coast-based aviation enterprise said the service must demand to get aircraft carriers out of their maintenance availabilities on time, and that failure to do so throws fuel on the fire of critics who say the aircraft carrier is becoming irrelevant.

Calling carrier operational availability his “number one concern,” Rear Adm. John Meier, commander of Naval Air Forces Atlantic, said the service had to make sure shipyards delivered its ships to the fleet on time.

“More often than not we’ve been having delays getting them out of the yards on time,” Meier said at the virtual edition of the annual Tailhook Association Symposium. “With the budgetary pressure we’ll be facing, when we don’t get the return on the enormous investment in aircraft carriers, every day we lose of operational ability is like a drop of blood in the water.

“It fans the flames of critics who want to cut aircraft carriers. And in my mind. I can’t see a naval aviation force or a Navy without carriers in the future.”

A recent government watchdog report said that 75 percent of the Navy’s carrier and submarine maintenance availabilities have run late, resulting in 7,425 days of delays, the Government Accountability Office reported.

Both the Truman and Eisenhower have had recent maintenance woes and delays, and the carrier Bush is currently working through a 28-month maintenance period, much longer than the normal 16-month availability.

A forthcoming DoD-led Navy force structure assessment could herald cuts to the 11-carrier fleet. In April, Defense News reported that the influential Cost Assessment and Program Evaluation (CAPE) office inside the Office of the Secretary of Defense recommended cutting two aircraft carriers from the current force structure in the coming decades.