MEDIA UNION PRESSES FOR CHANGES TO SMALL BUSINESS LOAN RULES: The NewsGuild-CWA union, which represents reporters at newspapers from The New York Times and The Washington Post to The Lexington Herald-Leader and The Denver Post, sent letters to Senate Majority Leader Mitch McConnell and Senate Minority Leader Chuck Schumer on Wednesday urging them to make Paycheck Protection Program loans available to newsrooms owned by companies too big to qualify under the current rules. Jon Schleuss, the union’s president, urged McConnell to back legislation that would do so, warning “that the local news industry is facing an extinction-level event.””

— “To put it in terms that will matter to your constituents, many of Kentucky’s largest newspapers are owned by national chains,” Schleuss wrote. “Since April, Gannett, the nation’s largest newspaper chain, has furloughed its journalists at all 261 newspapers it owns an average of one week per month—meaning on any given day, 25% of the reporters are at home, not working, not getting paid and not covering issues important to Kentuckians.” (Gannett owns Louisville’s Courier-Journal.)

— The National Association of Broadcasters and the News Media Alliance have also thrown their support behind the push, which has attracted some support in Congress. Sens. Maria Cantwell (D-Wash.), John Kennedy (R-La.), Amy Klobuchar (D-Minn.) and John Boozman (R-Ark.) wrote to McConnell and Schumer in April warning that “several thousand newspapers and hundreds of local radio and television stations across the country were cut out of existing programs by the U.S. Small Business Administration’s affiliation rule, which restricts assistance to companies owned or controlled by larger entities.” Schumer later introduced a bill with Cantwell, Klobuchar, Boozman and Sen. Joni Ernst (R-Iowa) to make the changes sought by the trade groups but the bill hasn’t made it out of committee.

Facebook launches Global State of Small Business Report. At Facebook, we are committed to helping small businesses succeed. We partnered with the World Bank and the OECD to survey businesses in 50+ countries and regions to understand the challenges they face and ways we can better support them. Go further: Read the first report

SENATE REPUBLICANS TO PITCH SECOND ROUND OF PAYCHECK PROTECTION PROGRAM LOANS: “Senate Republicans on Thursday are set to unveil plans to extend financial support to struggling small businesses that are facing new pressure as the coronavirus outbreak surges across the country,” POLITICO’s Zachary Warmbrodt reports. “As part of an economic relief deal negotiated by GOP lawmakers and the White House, the plan is expected to allow certain employers that received Paycheck Protection Program loans to apply for a second round of aid if they can demonstrate a 50 percent revenue loss, according to policymakers involved in the talks.”

— The proposal would deliver on requests of several trade groups to rework the small business loans to help the most severely impacted businesses. The American Hotel & Lodging Association, for instance, asked lawmakers on Monday to “recapitalize the PPP loan program and establish clear parameters limiting access to those businesses that can prove severe economic loss year over year.”

MORE TROUBLE FOR APPLE: “Multiple states are investigating Apple for potentially deceiving consumers, according to a March document uncovered by a tech watchdog group,” Axios‘ Margaret Harding McGill reports. “Apple is already facing antitrust investigations from U.S. House lawmakers and the European Union. Meanwhile, states have stepped up their scrutiny of Big Tech, including through multi-state antitrust probes of Facebook and Google. The Texas attorney general may sue Apple for violating the state’s deceptive trade practices law in connection with a multi-state investigation, according to the document, obtained by the Tech Transparency Project through a public records request and shared with Axios Thursday.”

MEANWHILE, IN ILLINOIS: “AT&T has been subpoenaed by federal prosecutors amid a widening criminal probe encircling House Speaker Michael Madigan’s political operation, a source with knowledge of the investigation told the Chicago Tribune,” the Tribune’s Jason Meisner, Hal Dardick, Jamie Munks and Ray Long report. “The subpoena, delivered earlier this year by the U.S. attorney’s office, is part of an inquiry into whether companies improperly used a stable of consultants with ties to the longtime House speaker as they pushed for legislation in Springfield. The revelation comes after prosecutors asked Madigan’s office last Friday for ‘any and all documents and communications’ concerning AT&T, including contracts and correspondence related to the hiring of anyone to provide consulting or lobbying services to the public utility, according to a subpoena the Tribune obtained.”

— Duke Energy has hired Katherine Neebe as president of its foundation, vice president of national engagement and strategy and chief sustainability office. She previously worked for Walmart. 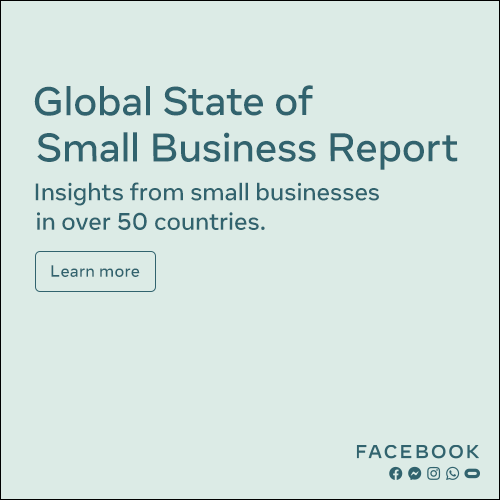 Facebook helps small businesses with the Summer of Support Program

As many storefronts remain closed, Boost with Facebook’s Summer of Support program is helping millions of people and small business owners gain skills and find resources they need to grow and transition online.

Learn more about the program

Mexico, COVID-19 and Tourism: Should I Take That Beach Vacation Now?

As of June, 2020, the government of Mexico has opened air travel for vacation and other purposes to the country

Nurses at Tenet hospital in Massachusetts walk off the job