Park Won-soon, the longtime mayor of South Korea’s capital, Seoul, has been found dead after he was reported missing by his daughter amid a criminal probe and media reports of alleged sexual harassment.

His body was found in wooded hills in northern Seoul at about midnight on Friday, more than seven hours after police launched a massive search for him.

Police said there were no signs of foul play and did not give a cause of Park’s death.

The apparent suicide came after one of Park’s former secretaries filed a complaint on Wednesday alleging the 64-year-old had sexually harassed her, the Yonhap news agency reported.

Police confirmed a criminal complaint had been made against Park but did not elaborate on the nature of the allegations.

“I apologise to everyone,” Park wrote in a note left on his desk and released by the city government with the permission of his family.

“I thank everyone who was with me in my lifetime. I am so sorry to my family, to whom I have only caused pain. Please cremate my body and scatter the ash over my parents’ grave,” the note said. 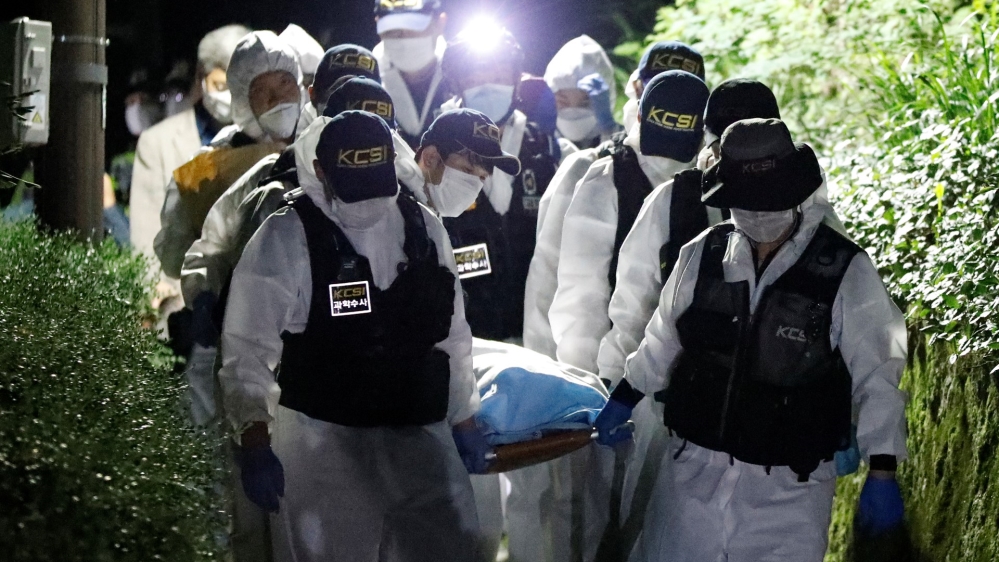 Police officers carry the body of Park Won-soon, which was found during a search operation in Seoul [Kim Hong-Ji/Reuters]

A representative for Park’s family issued a statement on their behalf saying it was time to let him go and urging people to avoid spreading “groundless statements”.

“If acts of defaming him continue irrespective of the truth, we will sternly respond with legal action,” said Moon Mi-ran, who formerly served as deputy mayor under Park.

Park was reported missing by his daughter on at 5:17pm (08:17 GMT) on Thursday, according to the police. Yonhap news agency reported that she also told police he had left a message “like a will”.

Kim Ji-hyeong, a Seoul Metropolitan Government official, said Park did not come to work on Thursday for unspecified reasons and had cancelled all of his schedule, including a meeting with a presidential official at his Seoul City Hall office.

Park left the mayor’s official residence at approximately 10:40am on Thursday, wearing a black hat and a backpack, according to the police, and was identified by a security camera at 10:53am at the entrance to the Mount Bugak hills.

Authorities mobilised about 600 police and fire officers, drones and tracking dogs to locate him.

Choi Ik-su, an officer from the Seoul Metropolitan Police Agency, said rescue dogs found Park’s body, and that his bag, cellphone and business cards had been recovered.

Park a longtime civic activist and human rights lawyer, was elected Seoul mayor in 2011. He became the city’s first mayor to be voted to a third term in June 2018 and was instrumental in its response to the coronavirus pandemic. 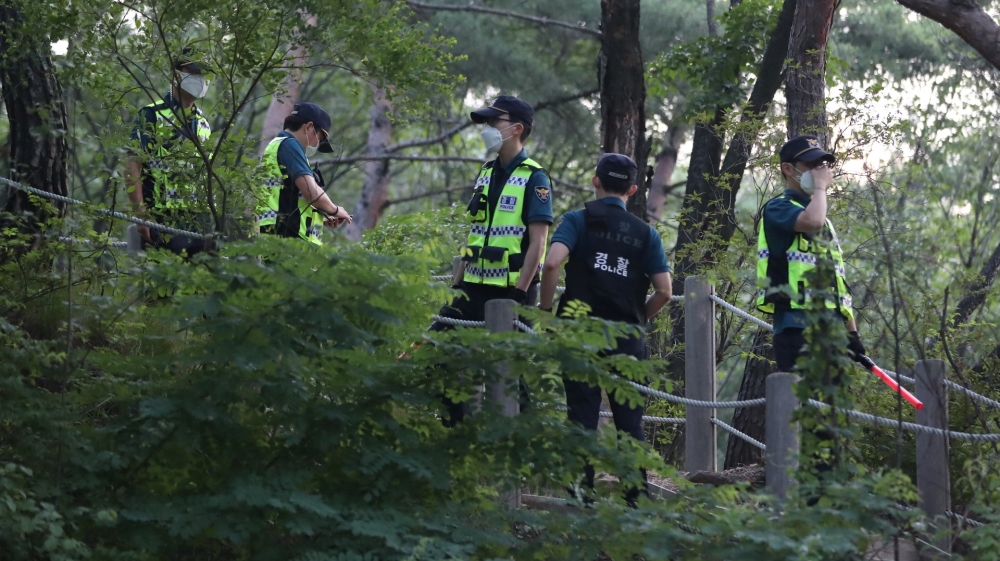 A member of President Moon Jae-in’s liberal Democratic Party, he had been considered a potential presidential candidate in 2022 elections.

Park had mostly maintained his activist colours as mayor, criticising what he described as the country’s growing social and economic inequalities and corrupt ties between large businesses and politicians.

As a lawyer in the 1990s, he was credited with winning the country’s first sexual harassment conviction. He has also been an outspoken critic of Japan’s colonial-era policies towards Korea, including the mobilisation of Korean and other women as sex slaves for Japanese soldiers.

In 2018, Park praised women for their courage after a series of women accused powerful politicians and policymakers of sexual wrongdoings amid the #MeToo movement.

“The resolve of individual heroines is not enough. I think we need social solidarity,” he said at the time.

Park also established himself as a fierce opponent of former conservative President Park Geun-hye and openly supported the millions of people who flooded the city’s streets in late 2016 and 2017 calling for her resignation over a corruption scandal. 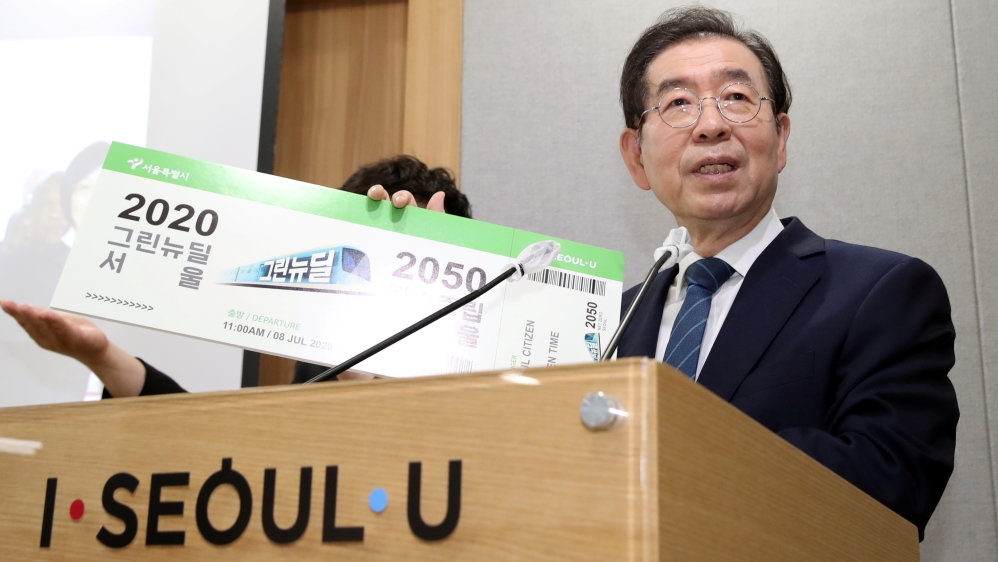 Park Won-soon speaks during an event at Seoul City Hall in Seoul, South Korea, on July 8, 2020 [Yonhap via Reuters]

There was an outpouring of grief from his supporters, some of whom wailed at Seoul National University Hospital as his body was brought in.

Prime Minister Chung Sye-kyun expressed condolences during a regular meeting on the government’s response to COVID-19 response on Friday, saying: “Mayor Park, who has served Seoul citizens for a decade, was found passed away. I pray that the deceased rest in peace.”

Ruling party chief Lee Hae-chan said Park’s death was “shocking and regretful”, recalling him as an old friend who fought together for democracy during a dictatorship in 1980s.

Reactions to his death were mixed on social media, however, including both condolences and criticism that he killed himself to avoid punishment.

“Mayor Park, you were an excellent politician,” one poster wrote on Daum, the country’s second-largest portal site. “But a twist of fate put an end to your journey. I hope you are at ease in heaven.”

Others were more critical of the mayor, accusing him of exploiting his power to harass a subordinate and then taking his own life to “avoid the fallout”.

“The victim must have had painful times in the run-up to the filing of the complaint,” wrote one user. “I hope Park reflects on his misdeeds and atones in the afterlife.”

The Seoul city government said a memorial altar will be set up in front of the city hall for citizens to pay respects.