WHO’S LOBBYING ON CORONAVIRUS: “At least 3,200 companies, trade groups and other organizations lobbied on the $2.2 trillion relief bill that President Donald Trump signed into law last month and other efforts to respond to coronavirus, according to an analysis of disclosure filings by the Center for Responsive Politics. They include giants such as Apple, CVS and Toyota, as well as smaller players, such as the American Shrimp Processors Association. ‘The shrimp industry is under an enormous amount of economic strain,’ said C. David Veal, the trade group’s executive director, noting that 70 percent to 80 percent of American-caught shrimp is sold to restaurants.”

— “Facing economic catastrophe, the trade group hired former Sens. John Breaux (D-La.) and Trent Lott (R-Miss.), former Rep. Bob Livingston (R-La.) and several other lobbyists at their firms. The shrimp processing industry wanted to make sure ‘our name was heard,’ Veal said.” Other trade groups that have ramped up their spending are Airlines for America and the Advanced Medical Technology Association.

— Lobbying firms, meanwhile, are “in the unusual position of experiencing a boom while eyeing the future with some trepidation. Loren Monroe, a lobbyist at BGR Group, said the Republican-leaning firm had signed 10 lobbying clients for coronavirus-related work. ‘But we are being very conservative with budgeting for the year as the economic downturn will impact all businesses and partisanship will stall Washington activity the closer we get to the November elections,’ he wrote in an email to POLITICO.”

Sign up for POLITICO Nightly: Coronavirus Special Edition, your daily update on how the illness is affecting politics, markets, public health and more.

A message from the Consumer Brands Association:

Behind every roll of toilet paper, box of cereal and bottle of hand soap, there are 2.1 million people working tirelessly to manufacture the products American families depend on to stay home and stay safe. To the men and women who make it possible, thank you. Watch their stories.

FRELINGHUYSEN REGISTERS TO LOBBY: Former Rep. Rodney Frelinghuysen (R-N.J.), who signed on as a senior director at Greenberg Traurig in February, has registered as a lobbyist. He’ll lobby for the American Optometric Association on legislation “to provide emergency financial assistance to rural health care facilities and providers impacted by the COVID-19 emergency,” among other issues, according to a disclosure filing. Former Rep. Al Wynn (D-Md.) and two other Greenberg Traurig lobbyists are also registered to lobby for the trade group.

— Former Sen. Joe Donnelly (D-Ind.) and former Reps. Barbara Comstock (R-Va.), Dave Reichert (R-Wash.) and Joe Crowley (D-N.Y.) have landed at lobbying firms since leaving office last year but haven’t registered themselves. Donnelly must wait until next year to lobby Congress under Senate ethics rules, but the others are free to do so under the House’s less stringent rules.

— Darrell Conner, a top lobbyist at K&L Gates, said in an interview that the revenue of the firm’s public policy and law group — which included non-lobbying revenue from the firm’s regulatory and legal work — was up 16 percent. “We see lots of additional work coming in the lobbying space,” he said. 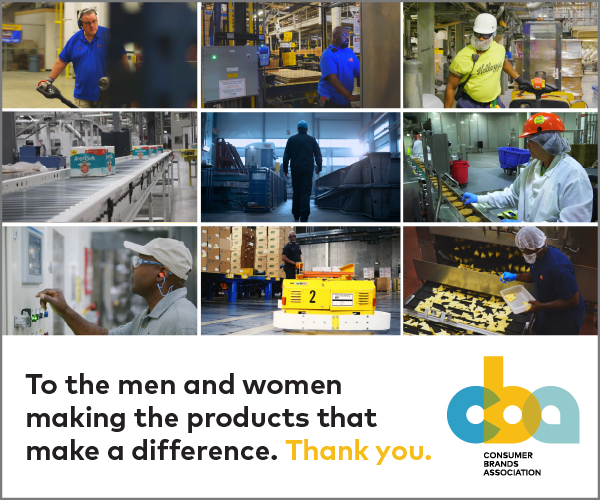 HOW JAY TIMMONS REALLY FEELS: “One of Jay Timmons’s Facebook friends invited him last week to attend a ‘Reopen Virginia’ rally in Richmond, a protest against the stay-at-home order issued amid the coronavirus by the state’s Democratic governor,” The New York Times’ Jim Tankersley reports. Timmons, the president and chief executive of the National Association of Manufacturers, “unfriended the sender, then published a searing retort, criticizing the protesters and accusing them of putting manufacturing workers’ lives at risk by defying rules meant to limit the spread of the virus. Mr. Timmons’s post began with a single word in all capital letters: ‘IDIOTS.’”

ROTENBERG OUT AT EPIC: “The longtime leader of the influential Washington-based advocacy group Electronic Privacy Information Center is departing, the organization announced today, days after Protocol reported that he had continued going to work, despite learning he may have the coronavirus,” POLITICO‘s Cristiano Lima reports. “Marc Rotenberg, who co-founded the group in 1994, has been a towering figure in the Washington tech policy landscape and a fierce advocate for more stringent online privacy protections, as well as a leading critic of Silicon Valley’s efforts to track the spread of Covid-19.”

— “With appreciation for many years of visionary and impactful leadership, the Board of Directors of the Electronic Privacy Information Center (EPIC) announces the departure of Marc Rotenberg, its President and Executive Director,” the group said in a statement, without elaborating. Rotenberg called the announcement unexpected, telling POLITICO in an email: ‘The news came as a surprise to me! You should perhaps contact someone on the EPIC Board of Directors regarding the decision.'”

IF YOU MISSED IT ON TUESDAY: “An informal coalition of influential conservative leaders and groups, some with close connections to the White House, has been quietly working to nurture protests and apply political and legal pressure to overturn state and local orders intended to stop the spread of the coronavirus,” The New York Times’ Ken Vogel, Jim Rutenberg and Lisa Lerer report. “The groups have tapped their networks to drive up turnout at recent rallies in state capitals, dispatched their lawyers to file lawsuits, and paid for polling and research to undercut the arguments behind restrictions that have closed businesses and limited the movement of most Americans.”

— “Among those fighting the orders are FreedomWorks and Tea Party Patriots, which played pivotal roles in the beginning of Tea Party protests starting more than a decade ago. Also involved are [Michael Best & Friedrich, the law firm of which Reince Preibus is president;] a network of state-based conservative policy groups[;] and an ad hoc coalition of conservative leaders known as Save Our Country that has advised the White House on strategies for a tiered reopening of the economy.”

— Calfee Strategic Solutions has hired Tim Day as a principal. He was previously a senior vice president in the U.S. Chamber of Commerce’s technology engagement center. He plans to register to lobby.

POLITICO Pro is here to help you navigate these unprecedented times. Check out our new Covid-19 Coverage Roundup, which provides a daily summary of top Covid-19 news coverage from across all 16 federal policy verticals as well as premium content, such as DataPoint graphics. Please sign up at our settings page to receive this unique roundup sent directly to your inbox every weekday afternoon.

A message from the Consumer Brands Association:

As we fight against an unseen enemy, the consumer packaged goods industry is there, manufacturing the items we depend on. Behind every roll of toilet paper, bar of soap and cup of coffee, there are 2.1 million people working to make the products that make it possible for American families to stay home and stay safe. Each day, as these front-line employees arrive at manufacturing facilities across the country, we are one day closer to flattening the curve — one day closer to the future we all need. To the men and women who walk through the doors every day, thank you. Watch their stories.

Realeflow allows you keep track of complex transactions like short sales and rehab projects. It includes HUD-1 spreadsheets and the