NEW FARA ADVISORY OPINIONS SHOW JUSTICE DEPARTMENT’S BROAD INTERPRETATION OF THE LAW: The Justice Department made public more than a dozen recent Foreign Agents Registration Act advisory opinions on Monday, shedding a little more light on the criteria it uses to determine who must register as a foreign agent under the law. Two opinions stood out, according to Matthew Sanderson of Caplin & Drysdale, who advises clients on foreign lobbying law.

— In one of them, lawyers representing a foreign government attended “regular meetings between Embassy officials and [foreign country]’s U.S. lobbyists where proposed legislation and legislative strategy are discussed,” among other things. Brandon Van Grack, the head of the Justice Department’s FARA unit, advised the firm in April that it couldn’t take advantage of FARA’s exemption for legal work and needed to register. The Justice Department “took an exceedingly broad view of FARA’s scope” in the opinion, wrote Sanderson in an email to PI. “This could cause more law firms, particularly in Washington, to reexamine whether their work could trigger FARA registration,” he added.

— In another opinion, the Justice Department advised an environmental nonprofit that had received a grant from a foreign government agency that it needed to register under the law, even though the nonprofit claimed that its interactions with U.S. government officials had “nothing to do with formulating, adopting, or changing the domestic or foreign policies of the United States.” This could cause more nonprofits that receive grants from foreign sources to reexamine their FARA obligations, particularly given what DOJ found to constitute ‘political activities’ in this context,” Sanderson wrote.

— The Justice Department has moved to enforce FARA more aggressively in recent years, coinciding with the high-profile prosecutions of Paul Manafort, Greg Craig and others on charges related to failing to register as foreign agents. (Manafort went to prison, while Craig was acquitted.) Still, Thomas Spulak, a partner at King & Spalding who advises clients on FARA matters, said he didn’t think the new opinions had broken much new ground. “It may be that in form, these opinions go into relatively more detail and have a certain additional amount of color than opinions from say, a few years ago,” he wrote in an email to PI. But “I believe that is consistent with how the Unit is operating.”

Every vote is a voice heard. Facebook is building the largest voter information effort in US history, starting with the new Voting Information Center, where you can find the latest resources about voting in the 2020 election. Learn more about our efforts.

K STREET AWAKENS TO THE POSSIBILITIES OF TIKTOK: Washington public affairs firms took notice when TikTok users claimed they had encouraged people who had no intention of going to President Donald Trump’s rally in Tulsa, Okla., last weekend to register for free tickets as a prank, catching the Trump campaign by surprise when fewer supporters showed up than expected. Rep. Alexandria Ocasio-Cortez (D-N.Y.) tweeted at Brad Parscale, Trump’s campaign manager, on Saturday that he had been “ROCKED by teens on TikTok who flooded the Trump campaign w/ fake ticket reservations.”

— As the S-3 Group wrote in a memo to clients on Monday, it’s not easy to run a stealth social media campaign. The TikTok effort “shows an important opening for anyone out there trying to still run these sorts of secret campaigns – find the messengers no one sees coming and use the tools in a different way than everyone else does,” the firm wrote. “We are already thinking of this for clients.”

— Companies should also be thinking about how to defend themselves against such a campaign, the firm argued. “Every corporation in America right now should be updating its digital media response protocols to ensure that something like this doesn’t happen,” the firm wrote. “We are already seeing some of this movement take place for big banks. As always, the best defense is a strong offense. … Each brand needs to make sure their target audiences are inundated with so much of their positive content that there is no way a negative campaign against them can make a dent.”

PEOPLE WITH TIES TO CHINESE GOVERNMENT GAVE TO TRUMP’S REELECTION CAMAPIGN: “Soon after Donald Trump took office, people with ties to the Chinese state poured hundreds of thousands of dollars into his re-election bid to get close to and potentially influence the new president,” The Wall Street Journal‘s Brian Spegele reports. “The effort had early success in gaining access for those involved, helping them meet the president or top Republicans at fundraisers or at an internal GOP leadership meeting. … Several of those involved worked closely with China’s national-security apparatus, including organizations linked to its military, and briefed prominent Chinese political figures about their efforts.”

— “As guests of a Republican official named Shawn Steel, Chinese nationals, including a man working for China’s central government, attended an invitation-only gathering in May 2017 where GOP leaders discussed campaign strategies and other issues. In response to inquiries, the Republican National Committee said it had instructed Mr. Steel to break ties with several people identified in Wall Street Journal reporting.”

MENTAL HEALTH, ADDICTION TREATMENT APPEAL FOR AID: Some mental health and addiction treatment centers have waited months for relief from the federal government, POLITICO’s Rachel Roubein and Brianna Ehley report. “Others held out and didn’t apply, believing they’d get a better deal in a future round of funding aimed at centers that see mostly low-income patients. As a result, nearly a third haven’t received any of the $175 billion [the Department of Health and Human Services] is doling out to hospitals and other health providers on the front lines of the coronavirus response.”

IF YOU MISSED IT ON MONDAY: Judd Legum, the former ThinkProgress editor-in-chief who now writes the Popular Information newsletter, asked Verizon on Friday whether it would continue to employ Matt Schlapp of Cove Strategies as a lobbyist given Schlapp’s criticism of Black Lives Matter. (The company has vocally supported the movement in recent weeks.) Verizon responded that Schlapp “no longer has a contract with our company” but declined to say when it scrapped Schlapp’s contract or why.

— Another Schlapp lobbying client, Abbott Labs, criticized Schlapp but wouldn’t say whether it would continue to retain him or not. “We don’t agree with Mr. Schlapp’s comments, and they don’t represent our position or values,” the company said in a statement to Popular Information. Neither Schlapp nor the companies responded to PI’s requests for comment. 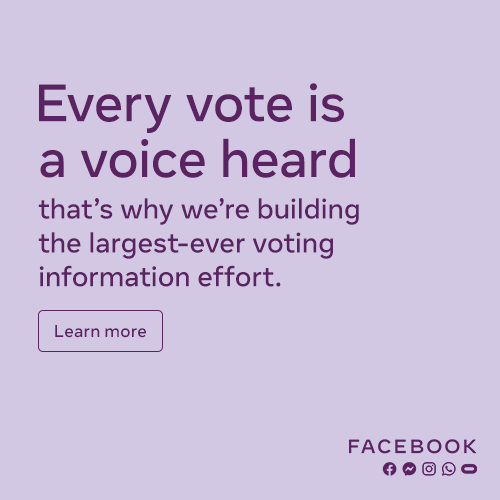 — FTI Consulting has hired Kelly Miller as a senior director. She was previously a vice president at Banner Public Affairs.

In a typical animation career you wear many hats. You may have a specific expertise, but chances are that just