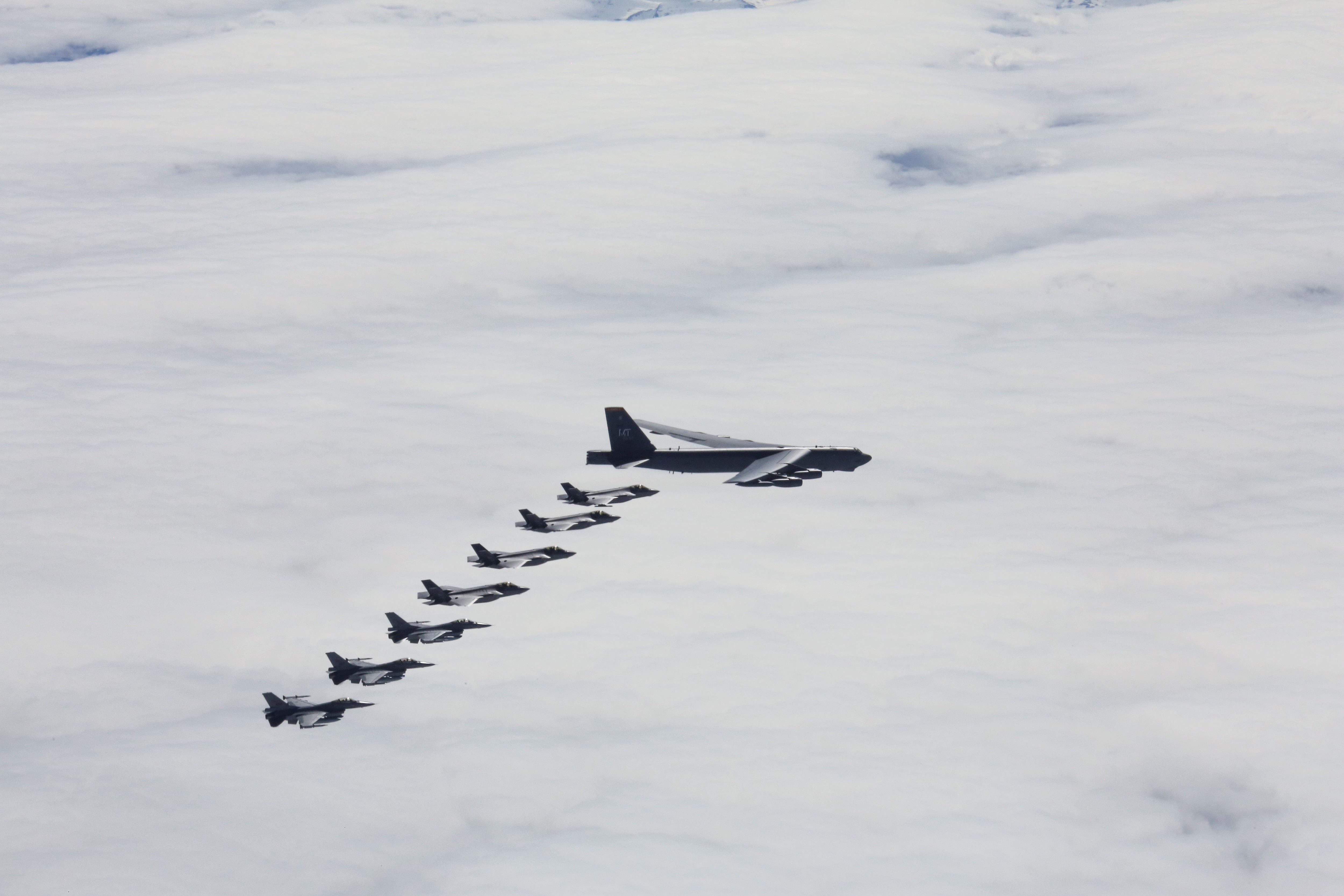 COLOGNE, Germany — The U.S. Air Force is sending six B-52 Stratofortress strategic bombers to fly over each of NATO’s 30 members on Friday, a gesture meant to signal the alliance’s unity.

Four bombers, taking off from Royal Air Force Fairford in the United Kingdom, will pass over NATO’s European members, according to a statement by U.S. European Command in Stuttgart, Germany.

Two B-52s departing from Minot Air Force Base, North Dakota, are scheduled to fly over the United States and Canada.

Aircraft from 20 alliance members are scheduled to provide aerial refueling and other support throughout the day, it added.

Officials described the mission as a variation of the U.S. military’s routine Bomber Task Force flights. Sending nuclear-capable bombers airborne amid global crises is a key tool in the Pentagon’s deterrence calculus.

Current would-be hot spots include various points along NATO’s eastern flank — such as the Baltics and the High North — where countries fear Russian forces are probing defenses. In addition, the popular uprising in Belarus against the country’s Moscow-backed, autocratic president, Alexander Lukashenko, has the potential to spill into neighboring Poland or the Baltic states, all of which are NATO members.

“U.S. security commitments to the NATO alliance remain ironclad,” Gen. Tod Wolters, the head of European Command, was quoted as saying in the statement. “Today’s bomber task force mission is another example of how the alliance sustains readiness, improves interoperability and demonstrates our ability to deliver on commitments from across the Atlantic.”

In recent years, the U.S. military has repeatedly upheld the promise of NATO’s mutual defense clause, even as President Donald Trump has strained the alliance’s political dimension during his tenure.

What Are Your Options For Bad Credit Debt Loans?

Those ready to get out of debt or to make their budget more manageable have probably considered a debt loan.

Kids Club Assistant | Jobs in Dubai, UAE by A Leading Group In UAE