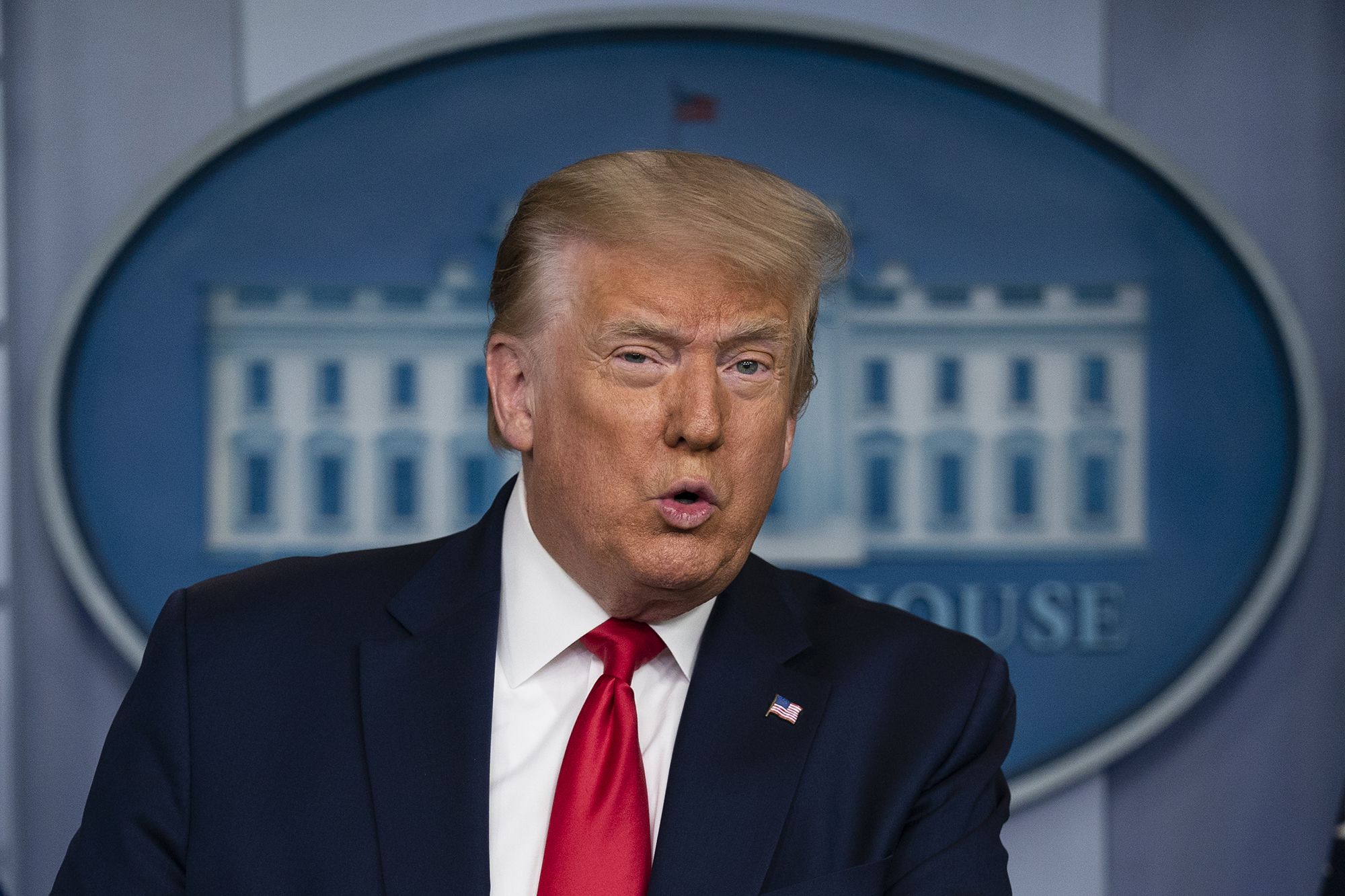 “I’m not saying the military’s in love with me. The soldiers are,” Trump said. “The top people in the Pentagon probably aren’t because they want to do nothing but fight wars so that all of those wonderful companies that make the bombs and make the planes and make everything else stay happy.”

Throughout the Trump administration, the president has proudly supported the U.S. defense industry and the jobs it creates, both at home and through overseas deals. Trump, in December 2018, called U.S. defense spending levels “crazy,” but he’s also boasted that he’s responsible for $2.5 trillion in spending on military equipment. (The figure is reportedly much lower.)

In Monday’s remarks, Trump noted his administration’s success in fighting the Islamic State group and his desire to withdraw U.S. troops from Syria. Trump attacked Biden as a “globalist” over the previous administration’s trade deals and involvement in foreign wars, before touting his own promotion of burden-sharing among NATO allies.

Which candidate respects the military has become a top issue in the presidential race since a report in The Atlantic on Thursday, which quoted anonymous administration officials who charged Trump with referring to fallen U.S. troops buried in France as “losers” and “suckers.” They also alleged the president questioned why any American would join the military, and demanded that wounded veterans be kept out of planned parades because “nobody wants to see that.”

Biden called on the president to apologize for his reported remarks.

“If what was written in The Atlantic is true, it is disgusting and it affirms what most of us believe to be true: that Donald Trump is not fit to do the job of president or be the commander in chief,” he said.

A Military Times poll last week showed a continued decline in active-duty service members’ views of Trump and a slight but significant preference for Biden in the upcoming November election among troops surveyed.

PARIS — Naval Group has delivered the FREMM Alsace, the first multimission frigate with enhanced air defense capabilities, to the

Billionaire Jeff Greene says this housing boom is in a bubble, too