One staff member at the institution had tested positive for the virus on April 16, prompting a test of its residents, Kyodo News said.

None of the eight children who tested positive were showing major symptoms such as a fever, Kyodo said.

“Pakistani Prime Minister Imran Khan has undergone a test for the coronavirus after he came into contact with an infected prominent philanthropist Faisal Edhi on Wednesday, his physician has said. Khan’s results are expected to be released on Wednesday.

Edhi announced on Tuesday that he had tested positive for the coronavirus, after exhibiting some symptoms over four days before subsiding.

He had flown to the capital Islamabad to hand over a 10 million Pakistani rupee ($62,250) cheque for the prime minister’s coronavirus relief fund.”

Top US health and infectious disease specialist Anthony Fauci has assured a young girl that the tooth fairy is not at risk of infection during the coronavirus pandemic.

The popular doctor will appear on Wednesday as a guest on actor Will Smith’s Snapchat show “Will From Home.” 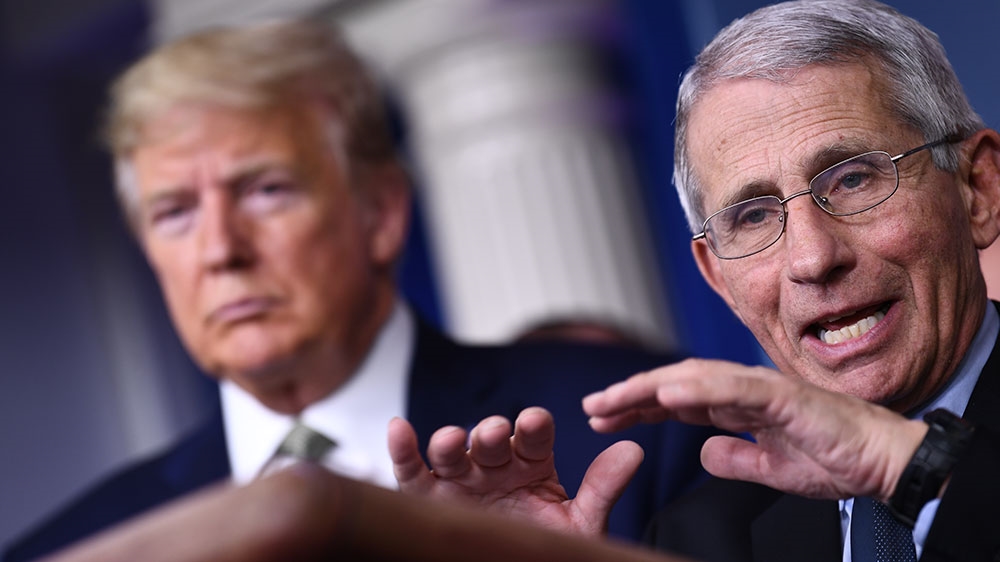 In a preview clip of their interview, posted to YouTube, a seven-year-old girl called in from Los Angeles with a very pressing question.

“Can the tooth fairy still come if I lose my tooth because of the coronavirus?” asked the girl, who introduced herself as Ava. “And can she catch the virus?”

Fauci was quick to reassure her: “I don’t think you need to worry about the Tooth Fairy,” he said, smiling.

Hello, this is Saba Aziz in Doha. I’ll be taking over the blog from colleague Kate Mayberry in Kuala Lumpur.

Australia is calling for an independent review of the origins of the virus and its spread. China earlier accused Australia of parroting the US, which has been critical of China and the World Health Organization (WHO), withdrawing its funding for the UN health body.

Just got off the phone with US President @realDonaldTrump. We had a very constructive discussion on our health responses to #COVID19 and the need to get our market-led and business centres economies up and running again.

Officials in Japan’s western prefecture of Nagasaki say they have confirmed 33 cases of coronavirus on an Italian cruise ship docked there for repairs.

Tests were positive in 33 of 56 close contacts of a single member of the Costa Atlantica’s 623 crew.

“There are a lot of infections on board, and we don’t have the medical system to confirm the health situation and to separate” those testing positive and negative, said Nagasaki governor Hodo Nakamura.

The governor has requested help from the government in Tokyo and the rest of the crew are being tested. The  Italian-owned ship has been in the shipyard in Nagasaki since the end of February.

ASEAN Parliamentarians for Human Rights are calling on Southeast Asian governments to commit to more ambitious climate and environmental targets to lower the risk of future health emergencies.

APHR noted that the number of emerging infectious diseases had increased since the 1940s alongside deforestation and increasing urbanisation.

“Our governments have to act swiftly against deforestation by increasing protected areas and environmental safeguards against investment projects if we want to reduce the risk of re-living COVID-19 like epidemics,” Sarah Elago, an MP from the Philippines MP said in a statement to coincide with Earth Day.

Saudi king Salman has approved performing the Tarawih at the two holy mosques, but entry for pilgrims will remain suspended, the Presidency of the Two Holy Mosques Affairs said in a statement on Wednesday.

Saudi Arabia is planning to ease curfew hours imposed in several cities because of coronavirus during the fasting month of Ramadan, which is due to start this week.

Find out more about this year’s unprecedented Ramadan here. 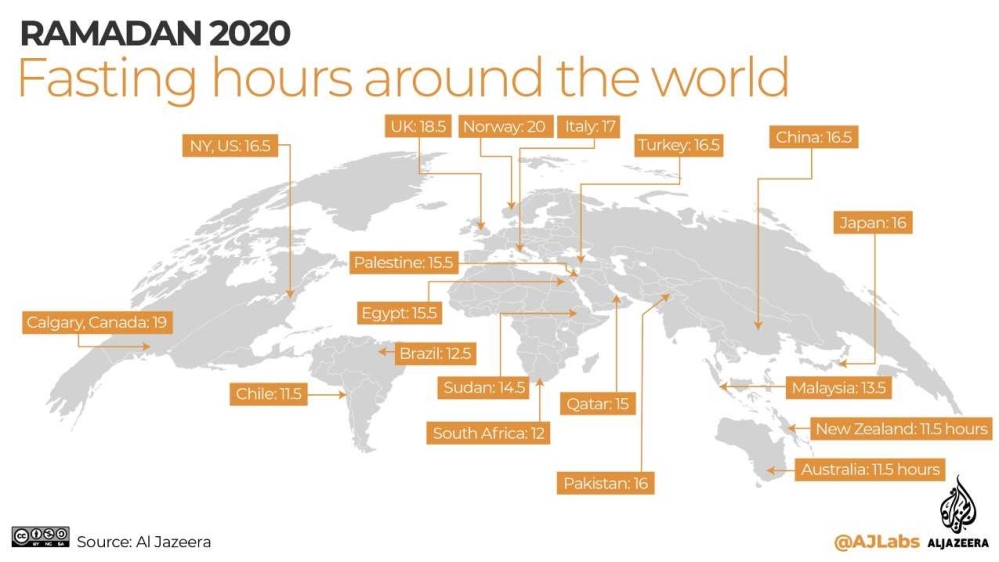 China is accusing Australia of taking instructions from the US in its criticism of China’s response to the coronavirus, after home affairs minister Peter Dutton called on China to be more transparent about the outbreak.

“It is well known that recently some people in the US including high level officials have been spreading an anti-China ‘information virus’,” a spokesperson from China’s embassy in Canberra said in comments posted to its website.

“These days, certain Australian politicians are keen to parrot what those Americans have asserted and follow them in staging attacks on China.”

China and South Korea have both reported their latest data on the coronavirus.

China reported 30 new cases on the mainland, 23 of which involved people returning from overseas. The National Health Commission also said the number of asymptomatic cases rose to 42, from 37 the previous day.

In South Korea, the Korea Centers for Disease Control and Prevention says the country had 11 new cases, the fourth day in a row where the number has been below 15. Six of the cases were among overseas travellers.

Netflix says it has more than doubled its own projections for new customers as people living under lockdowns turned to the streaming giant to keep them entertained.

Netflix says subscribers jumped by 15.8 million in the three months from January to March. It earlier predicted  the number of paying customers would rise by seven million.

New York Governor Andrew Cuomo says he had a “productive” meeting with US President Donald Trump and that the state was aiming to double its coronavirus testing to 40,000 tests a day.

I had a productive meeting with President Trump today.

We agreed that the state will be responsible for managing the actual tests in our laboratories.

The federal government will take on the responsibility of supply chain issues that are beyond states’ control.

Cuomo and Trump met on Tuesday and the president agreed the federal government would help procure the chemical reagents needed to ramp up testing.

Hello and welcome to Al Jazeera’s continuing coverage of the coronavirus pandemic.

Read all the updates from yesterday (April 21) here.

The merger talks are off between Sanford Health and Intermountain Healthcare, just a month after an agreement was announced and

Gaslight Club – Chicago: A Throwback From the Roaring 20s Lives On

PS5 restock: Here’s where and how to buy a PlayStation 5 this week