Renewed restrictions took effect in Hong Kong on Wednesday, with restaurants limited to takeout after 6 pm, as the Asian financial center battles a resurgence of the coronavirus, Reuters news agency reported.

Mask-wearing has been made compulsory on public transport for the first time, with fines of up to 5,000 Hong Kong dollars ($650). Public gatherings are once again restricted to four people, after the limit was eased last month to allow up to 50.

The semi-autonomous Chinese territory has seen a return of locally transmitted cases in the past 10 days after a long spell without them. About 300 new cases have been reported since July 6, including more than 220 non-imported ones.

The city of 7.5 million people has recorded 1,569 confirmed cases and eight deaths since the outbreak began.

The number of confirmed coronavirus cases in Germany increased by 351 to 199,726, Reuters news agency reported on Wednesday citing the latest data from the Robert Koch Institute (RKI) for infectious diseases.

The reported death toll rose by three to 9,071, the tally showed.

Authorities have confirmed 36 more coronavirus infections at Camp Hansen on Japan’s Okinawa, taking to 136 the tally at US military bases on the island, Reuters reported on Wendesday citing Kyodo News.

The outbreak emerged at the weekend, provoking the anger of the prefecture’s governor, who has called into question the US military’s virus prevention measures. 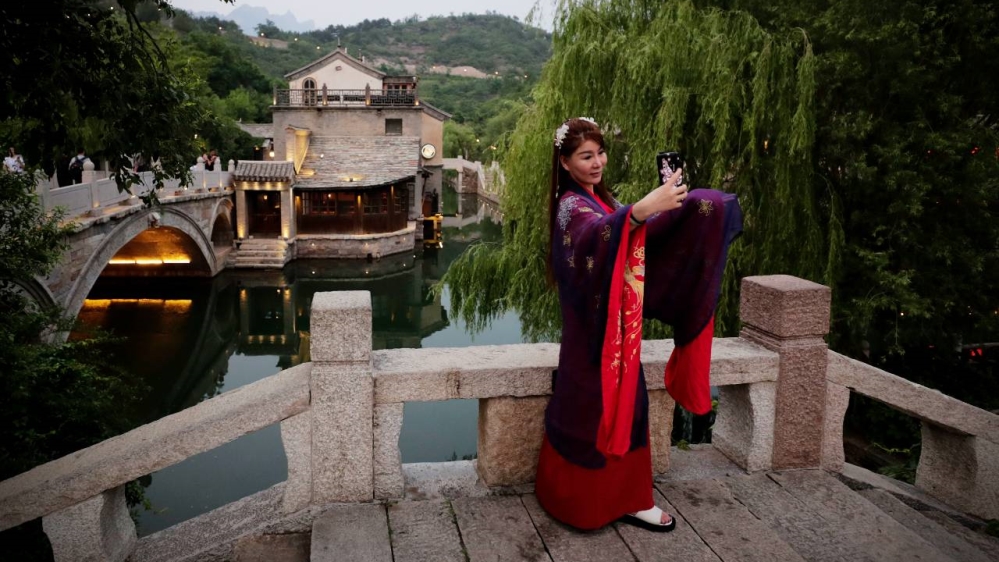 The Ministry of Culture and Tourism said that tourist sites should allow 50 percent of their daily visitor capacity, up from 30 percent, and that interprovince group tours should be resumed as well [File: Andy Wong/AP]

A directive from the Ministry of Culture and Tourism dated Tuesday said that tourist sites should allow 50 percent of their daily visitor capacity, up from 30 percent, and that interprovince group tours should be resumed.

The National Health Commission said that six new cases were recorded as of the end of Tuesday, all in people who had arrived from overseas. It has not reported any domestic cases since an outbreak in Beijing that infected more than 330 people before it faded early this month.

China has reported 83,611 confirmed cases and 4,634 deaths since the outbreak began. It does not include people who test positive but show no symptoms in its case count.

Chinese health authority said Wednesday that it received reports of six new confirmed COVID-19 cases on the Chinese mainland as of the end of Tuesday, and all of them were imported.

No new suspected cases or deaths related to the disease were reported Tuesday, the National Health Commission said in its daily report, quoted by Reuters news agency.

As of Tuesday, the overall confirmed cases on the mainland had reached 83,611, including 284 patients who were still being treated, with three in severe condition. Altogether 78,693 people had been discharged after recovery, and 4,634 had died of the disease, the commission said.

Venezuelan officials say new coronavirus cases have surpassed 10,000 nationwide, with an alarming number of recent illnesses found in the capital of Caracas.

President Nicolás Maduro on Tuesday ordered strict enforcement of quarantine measures in Caracas where most of the 303 new daily cases were diagnosed.

Venezuela has been in a nationwide quarantine for 121 days starting shortly after the first cases were diagnosed in mid-March. Officials report fewer than 100 deaths.

The South American nation has not been overrun by the virus like neighbouring Brazil and Ecuador, which experts attribute to the Venezuela’s isolation after years of economic and social crisis.

Maduro does not consider Caracas a focal point, but he says the recent surge in the capital and neighbouring state of Miranda has “set off an alarm.” 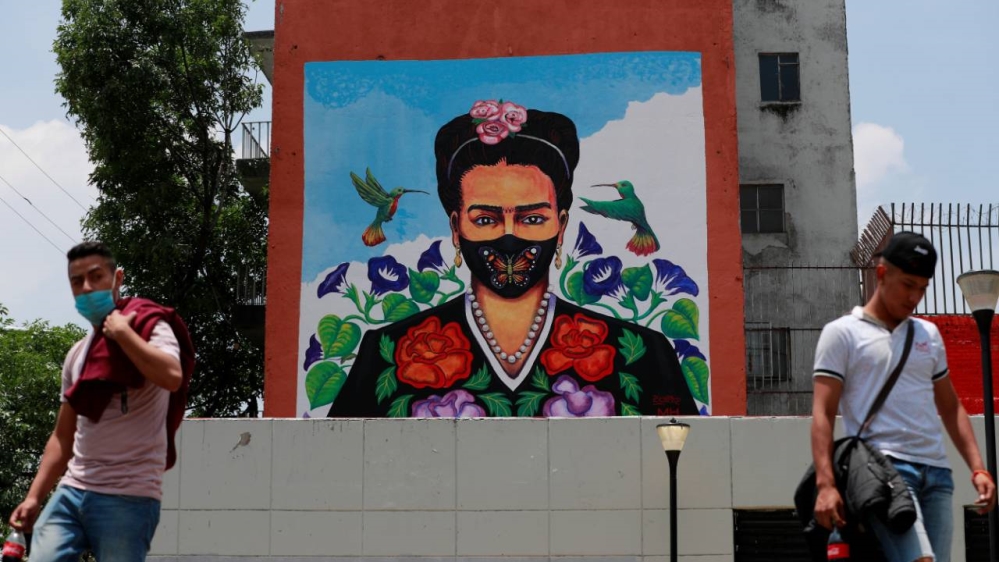 Mexico’s Health Ministry has reported 7,051 new confirmed coronavirus infections and 836 additional fatalities, bringing the total in the country to 311,486 cases and 36,327 deaths, according to Reuters news agency.

South Korea’s new coronavirus cases stayed below 40 for the second day in a row on Wednesday, but imported cases continued to rise, hampering the country’s efforts to contain the disease, according to Yonhap state news agency.

The country added 39 cases, including 11 local infections, raising the total caseload to 13,551, according to the Korea Centers for Disease Control and Prevention (KCDC).

Meanwhile, of the 28 additional imported cases reported, 23 were detected at quarantine checkpoints of airports and sea ports.

No additional fatalities were reported and the country’s death toll stayed at 289.

After almost four months of absence, some students from the secondary and primary levels have returned to school in Malaysia, as the country’s coronavirus cases have significantly dropped.

During the lockdown in mid-March, students were forced to study at home as part of the effort to contain the spread of the deadly disease that infected more than 8,700 people, and claimed the lives of 122 others. More than 8,500 of the patients have recovered.

State news agency Bernama quoted Senior Education Minister Mohd Radzi Md Jidin as saying that the decision to re-open “is seen as timely to motivate students to follow the learning process in schools”, given the constraints students and teachers face with online classes.

Schools and students are required to follow some safety protocols at school to help avoid the spread of the disease, the education ministry said. 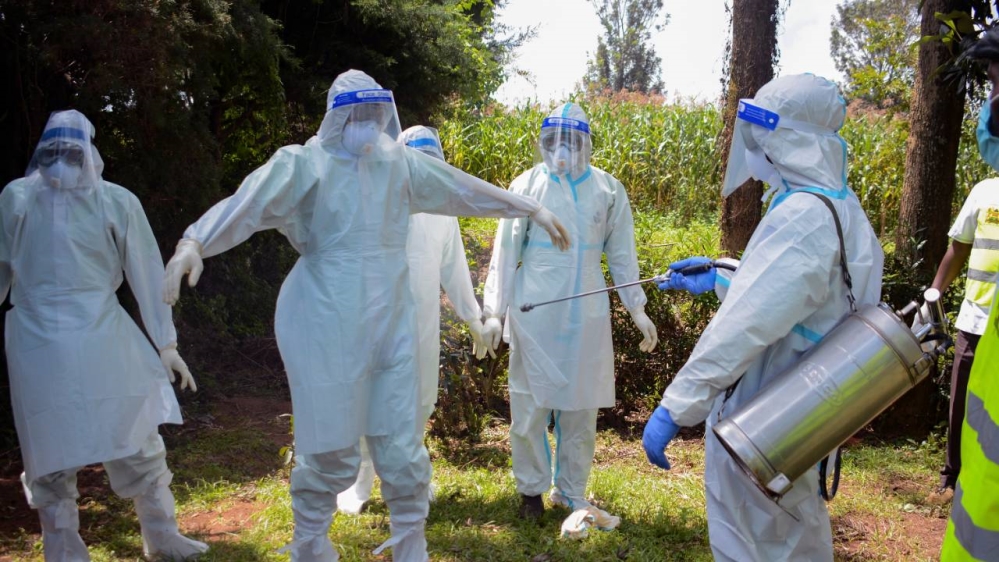 Some 41 workers at Kenya’s largest maternity hospital have tested positive for the coronavirus, according to the Associated Press news agency.

He says those infected are asymptomatic and undergoing medical care under home-based isolation. Three mothers at the facility also tested positive for COVID-19, but Amoth says no babies have been affected.

He says services at the hospital will continue and measures have been put in place to protect the health workers and the public visiting the hospital.

The first doctor in Kenya to die of COVID-19 was buried Monday, amid calls by health professionals for better insurance coverage and compensation. Kenya has recorded 10,791 coronavirus cases and 202 confirmed deaths.

More than 300 students and tutors have tested positive for coronavirus at high schools in the West African nation of Ghana, AP news agency reported.

Health officials confirm the Accra Girls Senior High School has been hardest hit, with 55 students and staff contracting the virus. Its campus remains under quarantine. Parents have thronged the school protesting the government’s refusal to grant them access to their children, the report said.

Classes resumed June 22 for senior high school students, and education officials maintain infection rates at schools are still comparable to those for the general population.

Ghana has 139 confirmed deaths from COVID-19 and confirmed more than 25,000 total infections since the pandemic began.

US President Donald Trump has criticised the state of California’s two largest school districts for making students learn from home for the upcoming term in the face of the resurgent coronavirus pandemic.

The Republican president, in an interview with CBS News, said it was a mistake for the Los Angeles and San Diego school districts to provide only on-line education for the academic year beginning in August.

“I would tell parents and teachers that you should find yourself a new person, whoever’s in charge of that decision, because it’s a terrible decision,” Trump said.

Cyprus is doubling the number of random coronavirus tests that will be carried out on arriving passengers at its two main airports each day, AP news agency reported.

The Cypriot government said in a statement that 600 random tests will be performed on passengers arriving from a total 39 countries whose citizens are not required to undergo a 14-day quarantine.

Travelers arriving from 17 of those countries are required to obtain health certificates declaring them coronavirus-free 72 hours prior to boarding a flight.

The Transport Ministry says approximately 5,500 passengers currently fly in and out of the east Mediterranean island nation’s airports daily.

Tourism is a key industry for Cyprus, directly accounting for 13 percent of the economy. Officials are projecting that this year, the country will receive less than a quarter of 2019’s tourist arrivals. 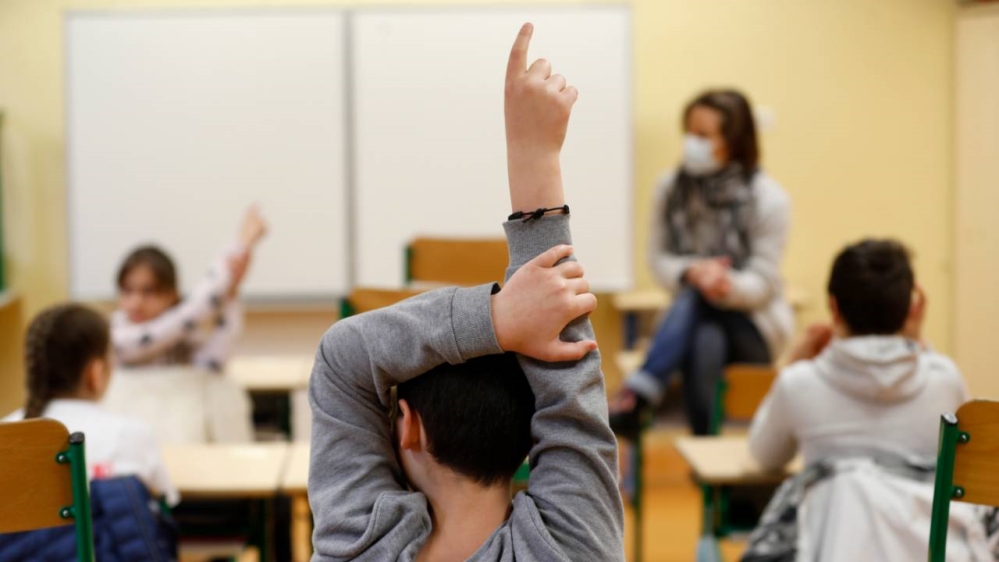 France‘s school reopening was driven in part by concerns about getting parents back to work to restart the economy [File: Jean-Francois Badias/AP]

France is aiming to reopen all schools for the new academic year under as “normal” conditions as possible, President Emmanuel Macron announced Tuesday, despite lingering virus concerns from some parents and teachers.

France gradually reopened schools in May and June as the country emerged from virus lockdown, and most children returned to class. While new infections prompted a few schools to close again, the vast majority stayed open until the school year wrapped up earlier this month.

“We have learned a lot” from that period, Macron said. “We developed a new way of teaching” to take the virus into account.

France’s school reopening was driven by concerns about getting parents back to work to restart the economy, as well as widespread worries about disadvantaged children who couldn’t access online classes, who need special help or whose families depend on subsidized school lunches.

Schools adjusted schedules to keep children from mingling freely and kept students in one classroom instead of having them move around for different subjects. They were required to air out classrooms regularly, and masks were necessary for middle and high school students.

Tokyo will lift its alert level for coronavirus infections to the highest of four levels on Wednesday, Reuters news agency reported quoting Asahi newspaper, after a recent spike in cases to record levels in the Japanese capital.

Daily coronavirus cases exceeded 200 in four of the last six days, touching an all-time high of 243 cases last Friday as testing among workers in the metropolis’s red-light districts turned up infections among young people in their 20s and 30s. 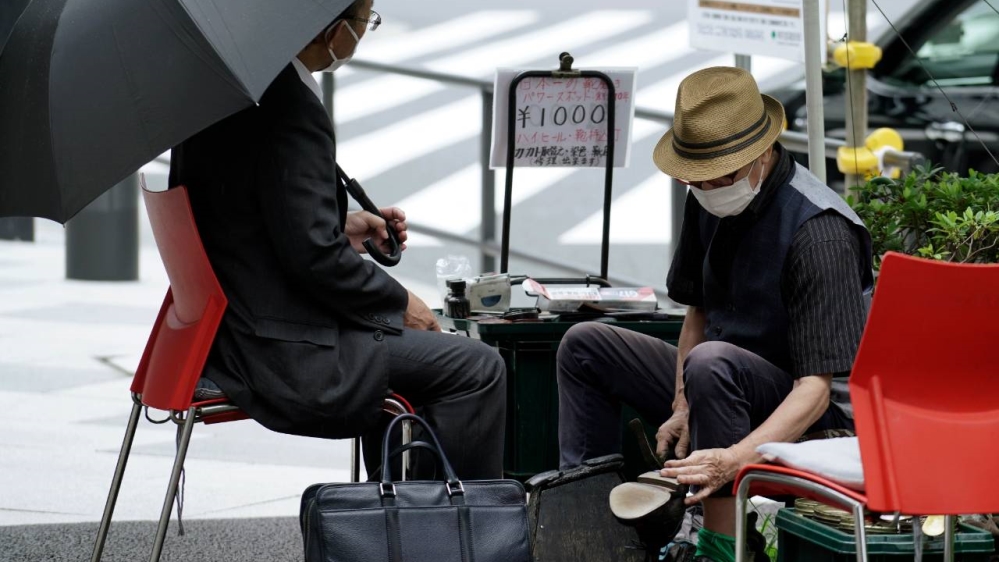 The blood from seriously ill coronavirus patients on ventilators was found by researchers to be highly inflammatory and harmful to the body, the South China Morning Post reported on Wednesday, citing a study by Dutch scientists.

The scientists, led by Professor Menno de Winther from the University of Amsterdam in the Netherlands, found that the blood from COVID-19 patients struggling for their life on ventilators was highly inflammatory.

They observed during a series of experiments that this could trigger an overreaction of the immune system, destroy crucial barriers in tissues and cause water and blood to spill over in the lungs, the South China Morning Post report said.

The first COVID-19 vaccine tested in the United States revved up people’s immune systems just the way scientists had hoped, researchers reported – as the shots are poised to begin key final testing.

“No matter how you slice this, this is good news,” Dr Anthony Fauci, the US government’s top infectious disease expert, told The Associated Press news agency.

The experimental vaccine, developed by Fauci’s colleagues at the National Institutes of Health in partnership with Moderna Inc, will start its most important step around July 27: a 30,000-person study to prove if the shots really are strong enough to protect against the coronavirus.

But Tuesday, researchers reported anxiously awaited findings from the first 45 volunteers who rolled up their sleeves back in March. Sure enough, the vaccine provided a hoped-for immune boost.

Those early volunteers developed what are called neutralising antibodies in their bloodstream – molecules key to blocking infection – at levels comparable to those found in people who survived COVID-19, the research team reported in the New England Journal of Medicine.

00:01 GMT – US state of Nevada reports record high cases in one day

Officials of the US state of Nevada say a record high in the daily number of positive COVID-19 tests in the state may be the result of people failing to wear masks and keep distances apart during the Fourth of July Independence Day holiday, AP news agency reported.

State coronavirus response chief Caleb Cage said Tuesday that a resurgence in hospitalisations continues less than a week after Governor Steve Sisolak cited a spike in cases and again closed bars and restaurants in the Las Vegas and Reno areas.

The more than 1,100 new cases reported statewide on Tuesday brings the total to nearly 30,000. Cage blamed the Fourth of July weekend. The US has 3.4 million cases and over 136,000 deaths.

Read all the updates from yesterday (July 14) here.

Why the Right is Right