— “When you look at his 47-year career in politics, the people who benefited are his family members, not the American people,” she said. Bondi is a lobbyist for clients including Amazon, General Motors and Uber, according to disclosure filings. She’s also a registered foreign agent who advises Qatar’s government on “combatting human trafficking,” according to a Justice Department filing. Bondi’s firm, of course, is run by Brian Ballard, a top fundraiser for President Donald Trump’s reelection campaign.

— Tiffany Trump, meanwhile, went after the pharmaceutical industry in her remarks, praising Trump’s “actions to lower drug prices and keep Americans from getting ripped off.” She returned to the theme a minute later, praising Trump’s willingness to challenge “Big Pharma.”

MEADOWS TALKING TO AIRLINES ABOUT MORE AID: Mark Meadows, the White House chief of staff, told POLITICO’s Anna Palmer and Jake Sherman this morning that he’s been in touch with American Airlines, United Airlines and Delta Air Lines as they warn they plan to lay off or furlough tens of thousands of workers without more relief. “It would take a CARES package, I believe, to do it,” Meadows said, but he added that the White House was looking at unspecified executive actions as well. “Hopefully we can help out the airlines and keep some of those employees from being furloughed,” he said. He also urged voters with airline workers in their districts to call Speaker Nancy Pelosi and “the leader” — presumably Senate Majority Leader Mitch McConnell — “and let them know that it’s a priority.”

Good afternoon, and welcome to PI. This newsletter will be off next week for its annual late summer hiatus. Send me your best tips before it’s too late: [email protected]. Twitter: @theodoricmeyer.

PHARMACEUTICAL LOBBY LOOKS TO COMPROMISE WITH TRUMP: “Drugmakers pitched a counteroffer to the White House aimed at stalling President Donald Trump‘s plan to link Medicare’s spending on some expensive drugs to much lower prices they’re sold for abroad, according to an internal memo circulated to industry lobbyists Monday,” POLITICO’s Sarah Owermohle and Susannah Luthi report. “The proposal would save Medicare considerably less money than the administration’s original international pricing index plan. But it could give Trump evidence he’s making good on his 2016 campaign pledge to lower prescription drug prices before the election.”

— “The drug industry memo comes days after Trump’s publicly announced deadline for the industry to provide an alternative to his so-called most favored nations rule. Pharmaceutical executives have downplayed any interest in negotiating with the president during their recent company earnings calls. Four industry sources confirmed that industry shared the proposal with the White House. The board of PhRMA, the brand-name drug industry’s big Washington lobby, approved the proposal Sunday and it was transmitted to the White House shortly thereafter, said one lobbyist.”

MEANWHILE, IN CALIFORNIA: “The tech industry is closely watching a California proposal that would hold Amazon and other online marketplaces liable for defective products that injure customers,” POLITICO’s Katy Murphy and Leah Nylen report. “With days left in the legislative session, Etsy, eBay and other tech giants are trying to stop the measure in its tracks.”

— “But there is a surprising new exception: Amazon itself. ‘I never thought I’d be sitting down, seeing eye-to-eye, with Amazon,” said Assemblymember Mark Stone (D-Scotts Valley) in an interview Monday. ‘I figured they would always fight this. But they’re realistic. They know what’s coming and they know they are going to have to deal with it.’”

— “The retail behemoth — fresh off a bruising appellate court ruling that found it liable for an exploding computer battery that landed a San Diego woman in a burn unit — decided this week to back [the bill] after Stone changed it to apply more broadly to Amazon’s competitors. The development has roiled tensions in the fiercely competitive online retail sector. Tech opponents argue the first-in-the-nation law would drag down a large swath of the economy to solve an Amazon problem, triggering a cascade of lawsuits and driving up costs for retailers and consumers.”

IF YOU MISSED IT ON TUESDAY: Matthew Webb, a senior vice president at the U.S. Chamber of Commerce’s Institute for Legal Reform, opened up about the Chamber’s efforts to get liability protections into coronavirus relief legislation months ago in a little-noticed webinar, The Washington Post’s Aaron Gregg and Douglas MacMillan report. “Webb said the Chamber worked ‘very closely’ with Senate Majority Leader Mitch McConnell (R-Ky.) and Sen. John Cornyn (R-Tex.) on ‘what [liability] reforms look like in their package.’ Webb predicted that Republican lawmakers would rely heavily on the draft legislation given to them.

— “‘They’re putting their touches on it, as well, which I don’t expect to be anything that would be of concern from the U.S. Chamber’s perspective,’ Webb said of McConnell and Cornyn’s contributions to the legislation. Drew Brandewie, a spokesman for Cornyn, said his office distributed a first draft of its own on May 6 and started working on coronavirus liability issues ‘two months before the Chamber claims to have written our bill.’ Brandewie also listed several business-friendly provisions of the Safe to Work Act that weren’t in the Chamber’s draft.” 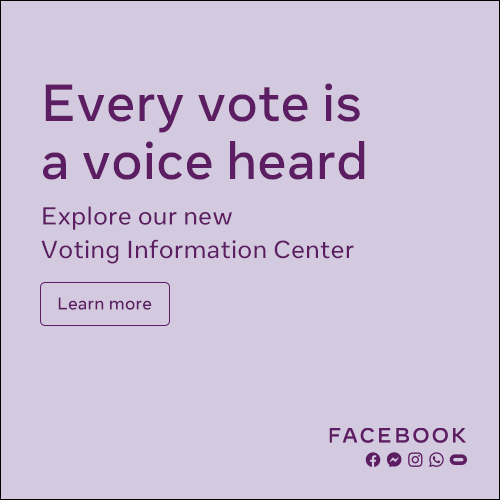 Athletic Bilbao lost one Copa del Rey title already this season. Can they get redemption vs. Barcelona?

1:48 PM ET Sid LoweSpain writer The banners are still tied to the balconies, the barge still moored to the

The Basic Steps For an Organized, Well Stocked Pantry!

Getting Kids to Work Out Made Easy